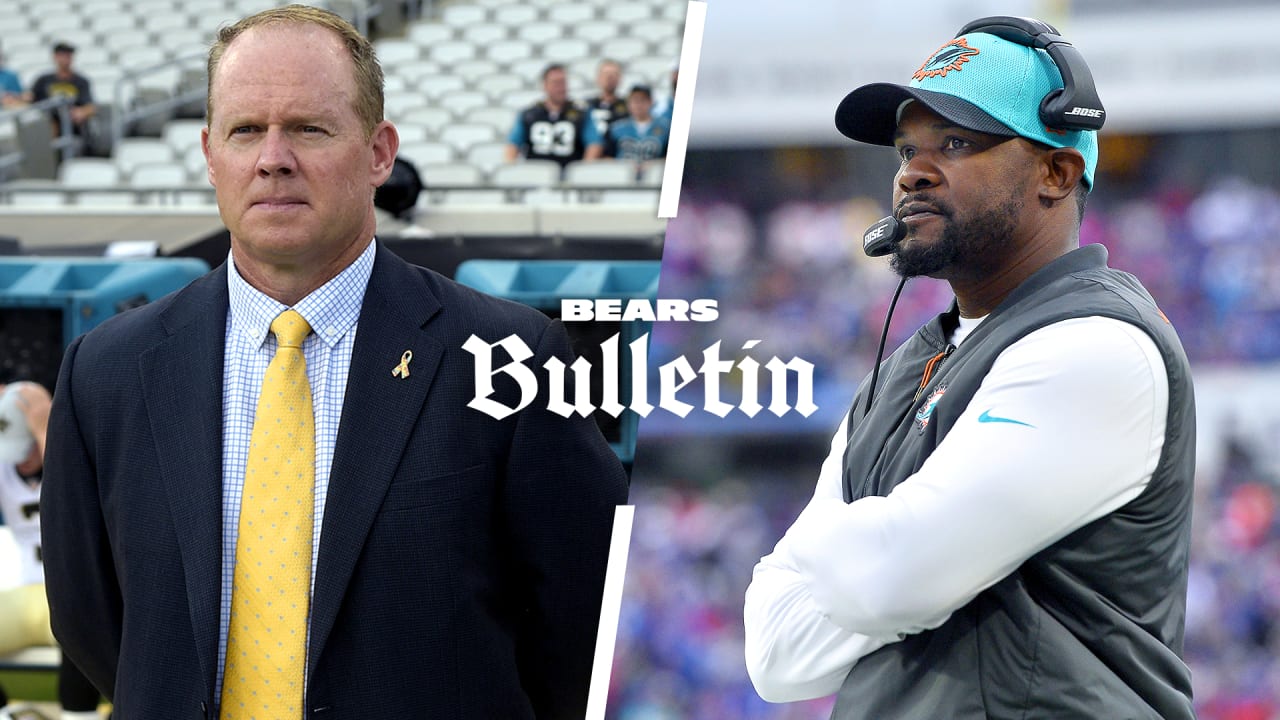 As a player, Ireland was a placekicker at Baylor from 1988 to 1991. He came out as the school’s third all-time leading scorer, and his 45 field goals and 58-yard field goal were school records.

Flores has 18 years of NFL experience, coaching all three phases (offense, defense and special teams) after beginning his career as a scout.

He spent the last three seasons as the Dolphins’ head coach, compiling a 24-25 record, including winning campaigns in each of the last two years. In 2020, Flores guided Miami to a 10-6 mark, winning nine of the last 12 games. In 2021, the Dolphins won seven straight en route to a 9-8 finish.

As a player, Flores was a two-year starter and member of four bowl-winning teams at linebacker at Boston College, where he was named to the Big East All-Academic Team in 2003.

The Bears have now interviewed four candidates for the GM job and two for the head coaching job in the last three days: